In November 2018 some twenty individuals from all over the world will gather in Luanda, Angola for a month and a half. With power tools, boards, and blueprints in hand, they will team up with a crew of local youth leaders to complete the building phase of Concrete Jungle Foundation’s latest project: the construction of Angola’s first skatepark. But why Angola? Where did the idea come from? How will it be realised? And why does it matter?
Here’s a glimpse into the unfolding story of the Luanda Skatepark Project. 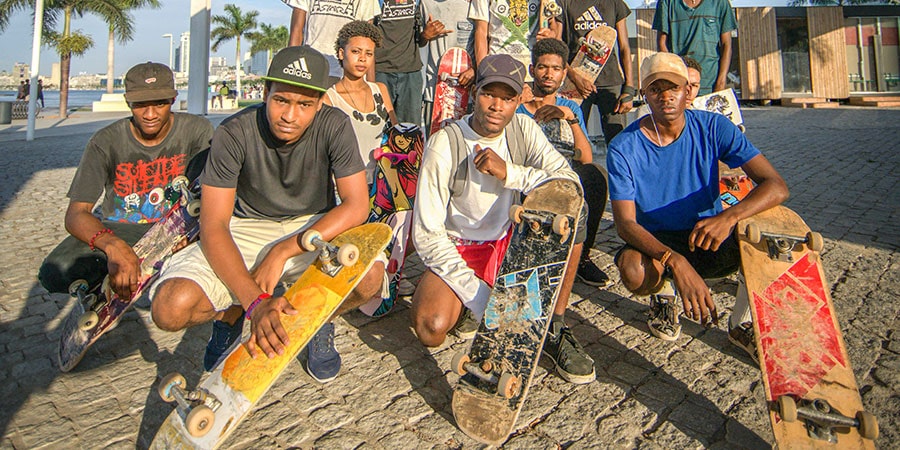 Back in late 2017 Jesse Mendes from the Angola Skateboarding Union (ASU) got in touch with our organisation, Concrete Jungle Foundation (CJF), about the difficulties that skateboarders were facing in his country. In an impressive effort to solicit our help, he had meticulously compiled a pdf. file with pictures, facts and figures about the state of skateboarding in his capital city of Luanda.
The facts therein were equally remarkable as the mode in which they were presented: despite not having a single skatepark in the country, severely limited access to proper skateboard equipment, and facing daily harassment by law enforcement, his tale revealed a thriving skateboarding community of almost 100 youngsters skateboarding in and around the city.
Naturally, all of us at CJF were intrigued. At the time we had just wrapped up the infrastructural aspects of our project in Northern Peru, and with the Edu-Skate Programme there running smoothly, we were eager to dedicate ourselves to a new project. 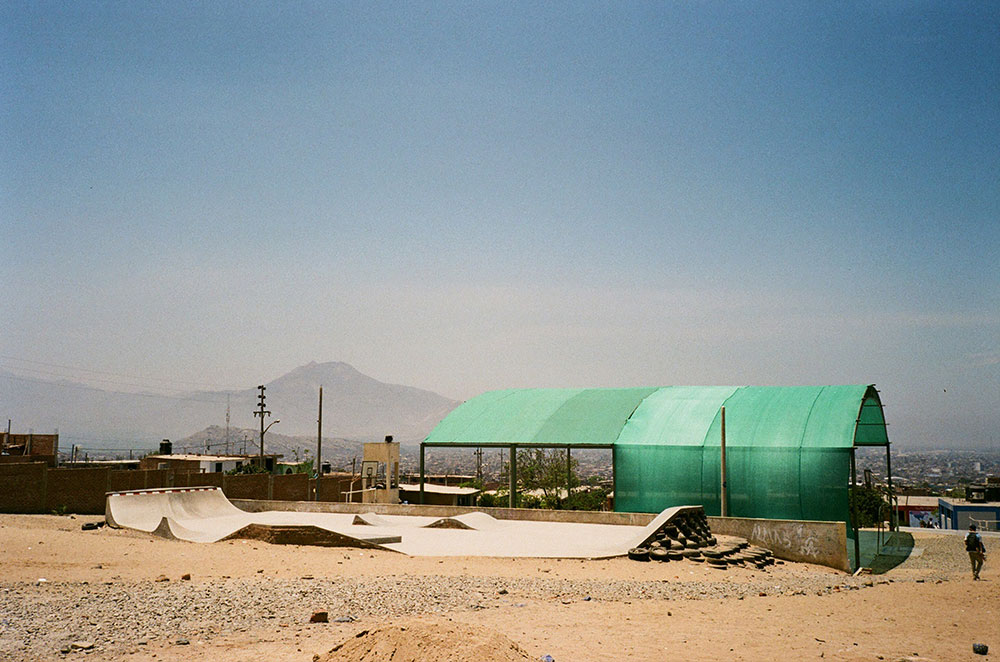 We emailed back and forth with Jesse for months, a finally reached an agreement: CJF would help ASU get the country’s first skatepark, and ASU would help CJF to run the Edu-Skate Programme for local disadvantaged youth.
On the one hand, then, the project would aim to support the already existing skate scene, and allow it thrive with its own dedicated space. On the other, yet equally important hand, it would be about providing skateboarding as a tool for positive social and personal development for youth in need of support.
See at CJF we are convinced that skateboarding not only provides a toy or a mode of transportation, but also an incredibly powerful tool for stimulating positive development in spheres as diverse as community engagement, personal improvement, gender empowerment, youth entrepreneurship and psychological well-being — especially amongst communities with marginalised youth.
So while we do build skateparks, we take great pride in doing so only where we can implement Edu-Skate Programmes and so see to it that these positive influences of skateboarding take root and flourish. 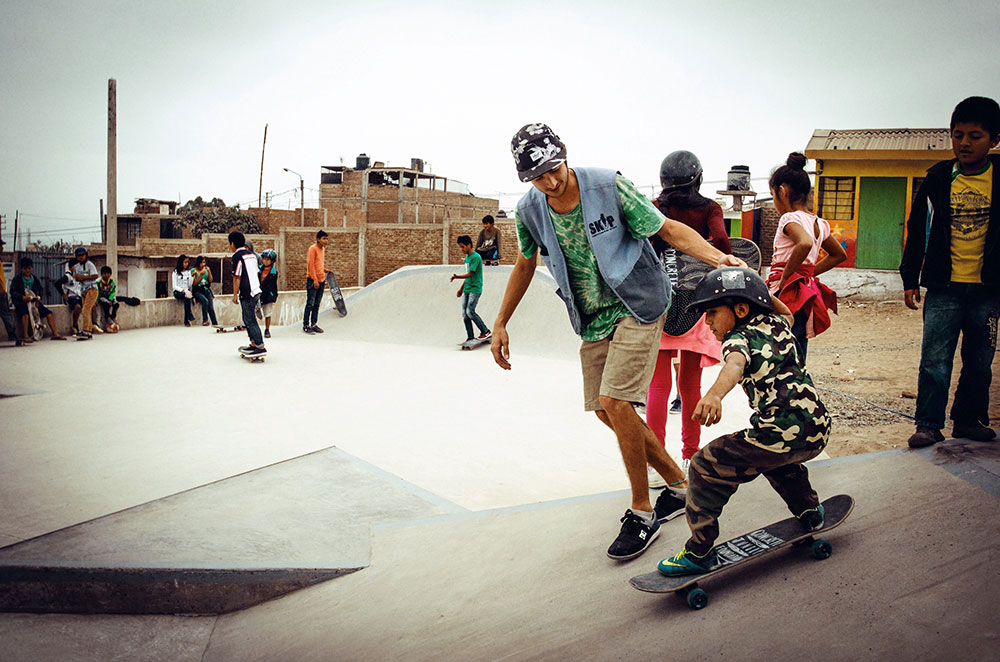 It was settled then: Luanda, Angola was going to be CJF’s next full-scale international project!

Over the course of the next 12 months CJF and a wide network of friends and partners fundraised, planned, and coordinated everything necessary to realise the dream. To get the budget in shape we set up an online fundraiser, thru events, and sold merchandise at events such as Pushing Boarders and Creating Lines. We established a number of commercial collaborations, and were even fortunate enough to partner with the much revered social enterprise The Skateroom.
Together with ASU we acquired the necessary permissions for construction, established a partnership with the CACAJ Youth Shelter in Luanda, and set up an Edu-Skate Pre Programme to test-run the programme. Our Programme Director and Jesse even met the Angolan Secretary of State for Sports, Mr. Carlos Domingues de Almeida, and got skateboarding recognised as a recreational sport in the country!
With our friends at New Line Skateparks we worked to produce a design for the park, planned the delivery of over 25 donation boards to the site, and coordinated for some 20 skatepark builders from all over the world to get to Angola. 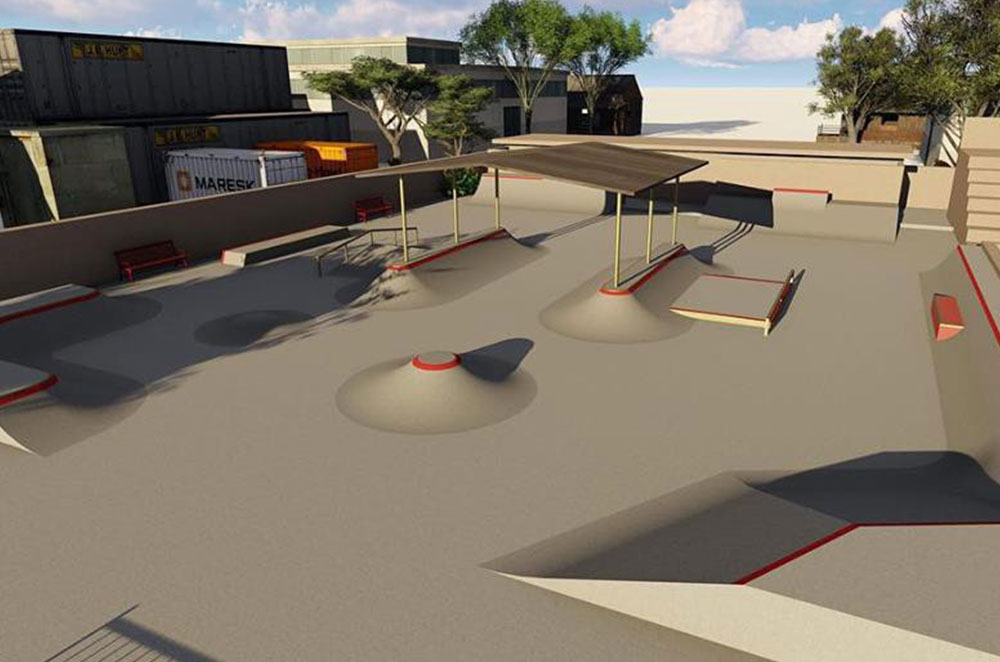 And that’s where we are right now. In three weeks, the construction phase will begin. In eight weeks, Angola will have its very first skatepark. And in twelve weeks, CJF’s Edu-Skate Programme will be taught to the street kids at the CACAJ Youth Shelter.

What a trip it’s been!

Concrete Jungle Foundation is a nonprofit organisation and a collective of skateboarders who share a vision of skateboarding as a global family that fosters personal growth, communal engagement and cross-cultural understanding. And it is our passion and mission to help that love flourish where it is needed the most.
We are so incredibly happy to have been given the opportunity to now add Luanda to our Family. Together, we continue to plant the positive seeds of Skateboarding.
If you’d like to support our projects, please consider donating, shopping for a cause or becoming a Concrete Family Member (more info soon!).

And please feel free to get in touch via contact@concretejunglefoundation.org if you have any questions or comments!